Chatham, Massachusetts on Cape Cod is considered to be one of the most beautiful towns in New England. It is home to an idyllic Main Street, a grand hotel, several white-sand beaches, lighthouses, ponds, windmills, and plenty of historic structures! This blog post will cover over a dozen of the best places to visit while in Chatham, Massachusetts. If you want to see all these spots mapped, be sure to scroll to the end of the post!

It’s no wonder that the Chatham Bars Inn is referred to as “Cape Cod’s most beautiful address.” The inn sits right on Shore Road and has sweeping views of Chatham Harbor and the Atlantic Ocean. Since 1914, the inn has been providing luxury accommodations to thousands of guests each summer. The grand hotel and ocean views are beautiful, but so are the inn’s 25 acres of lush and colorful gardens. There are about 4,000 hydrangeas on the property which are all expertly maintained and picture-perfect. Don’t miss out on seeing this iconic Chatham institution. Learn more chathambarsinn.com

The Chatham Beach Shack is one of the most legendary locations in town. Many people have seen it online and wondered where exactly it is located. The Chatham Beach Shack is conveniently located on Lighthouse Beach and it stands about a quarter-mile from the lighthouse parking lot. The beach shack has a long history and it has become a local icon. It is often flying an American flag which adds to its beauty.

If you are looking to take in the action of Chatham’s working harbor, the fish pier is the place to be! The pier is where fisherman offload their catch after a day out on the water. The fish are then placed in ice and transported in refrigerated trucks to local markets and also airports to be moved all over the world. It’s been said that a tuna can be caught in Chatham and end up in Tokyo within 24 hours! Aside from tuna, you are also likely to see haddock, lobster, cod, flounder, and halibut being unloaded. No matter when you visit, you’re likely to see seals too. They love hanging by the pier and waiting for scraps to fall off the boats.

Chatham Lighthouse is truly one of the most beautiful and historic sites in Chatham. The lighthouse was first established in 1808 and the current tower was erected in 1877. There were actually two lighthouse towers built-in 1877, but one was later moved in 1923 to Eastham. The Eastham tower was painted a different color and renamed Nauset Lighthouse.

Today, the lighthouse remains an active navigational aid and the former keeper’s house is an active US Coast Guard Station. For this reason, there is a fence around the lighthouse property, but there are still great views to be had!

The Chatham Windmill, also known as the Godfrey Windmill, is an often overlooked Chatham spot. The windmill was built in 1797 to process mainly corn. It was used for decades until modern tools rendered the mill obsolete. The mill was originally situated on Stage Harbor Road, but in 1955 the historic mill was moved to its present location in Chase Park. The windmill has been professionally maintained over the years and it is one of only a few windmills in New England that is in functioning condition. It was added to the National Register of Historic Places in 1978.

Hardings Beach is one of the greatest beaches in Chatham on the Nantucket Sound. The beach has plenty of parking for visitors who are looking to enjoy the white sand beach, gentle surf, and a walk through the dunes to Stage Harbor Lighthouse. Hardings Beach is also known for its sunsets considering it is one of the few Chatham beaches that faces west.

Hydrangea Walk, also known as the Chatham Hydrangea House, is one of the most iconic homes on Cape Cod. What makes this home so special is the long brick walkway to the colonial-style mansion being lined with hundreds of hydrangeas. The hydrangeas are expertly maintained throughout the seasons and bloom perfectly each summer! Luckily enough, Hydrangea Walk can be viewed right from Shore Road. (Rember that this is a private residence and you should not walk on the lawn or in the walkway)

Lighthouse Beach is one of the most picturesque beaches on Cape Cod. Much of the beach can be viewed from the Lighthouse Overlook Parking Lot which also visitors to see the ocean, North Beach Island, the dunes, over a mile of white sandy beach, and more! If you are up for a walk, be sure to check out the Chatham Beach Shack just a quarter-mile from the parking lot. Parking at the overlook is free but is limited to 30 minutes and this is strictly enforced.

The Monomoy Wildlife Refuge is a beautiful and unspoiled property on Morris Island. It is one of eight refugees that make up the Massachusetts National Wildlife Refuge Complex. Staff, volunteers, and partners of the refuge use a variety of management tools to ensure the conservation of species and habitats and to also educate the public about conservation. There is a visitors kiosk that is open in the summer where volunteers are happy to answer any questions. Sadly, over recent years, the headquarters and the surrounding land have been greatly impacted by erosion. Be sure to check out the refuge headquarters to get a history lesson and enjoy beautiful views of the ocean and potentially some of the native animals.

North Beach Island sits just off the eastern coast of Chatham and it is truly an island paradise. The remote island is only accessible via watercraft, whether that be a boat, kayak, or paddleboard. As of 2022, the island stretches about 3 miles long, but that number is always changing due to the erosion in the area. North Beach Island itself was actually only created in 2007 when a storm broke through Nauset Beach and created the island.

Today, visitors of the island can enjoy beautiful unobstructed views of the Atlantic Ocean and also views of the mainland. Additionally, there are often seals, sharks, and fishing boats passing by which are fun to watch. If you are looking to get away from it all for a few hours and enjoy one of the best beaches – North Beach Island is the place for you!

Stage Harbor is the biggest harbor in Chatham and it is always a joy to visit. The large harbor is full of beautiful sailboats and motorboats and it is also home to two marinas. During the summer months, you will often see small sailboats from Stage Harbor Yacht club racing around the harbor. In the distance, you can even spot Stage Harbor Lighthouse – which always makes for a great photo!

Stage Harbor Light, also known as Harding Beach Lighthouse, is one of the most visited locations in town. The lighthouse sits at the tip of Harding’s Beach in South Chatham and it has been there since 1879. Visitors today will notice that strangely enough, the lighthouse has no light. There is no lantern atop the steel tower because the lighthouse was decommissioned in 1933. This led to the lantern and light being removed and the property getting sold. The lighthouse is a private residence, but visitors are welcome to check it out from a distance. To reach the lighthouse, a mile walk through the dunes of Hardings Beach is required.

Chatham is home to many beautiful homes and The Octagon House definitely ranks high on the list of the prettiest. The unique home sits directly on the beach and looks out over Aunt Lydia’s Cove and the Atlantic Ocean. The home is owned by the Chatham Bars Inn and it is often rented out for weddings and other functions. Be sure to admire it out from Shore Road and grab a picture!

The Weller Windmill is a hidden gem on Shore Road in Chatham, Massachusetts. The windmill stands on private property, but it can be viewed from the road luckily. Although there is not much information about the windmill online, it is believed to be built in the early 1800s to process grain. It was restored in 2006 and won a preservation award by the town. Today, it sits in great shape overlooking the Atlantic Ocean. Definitely worth checking out! 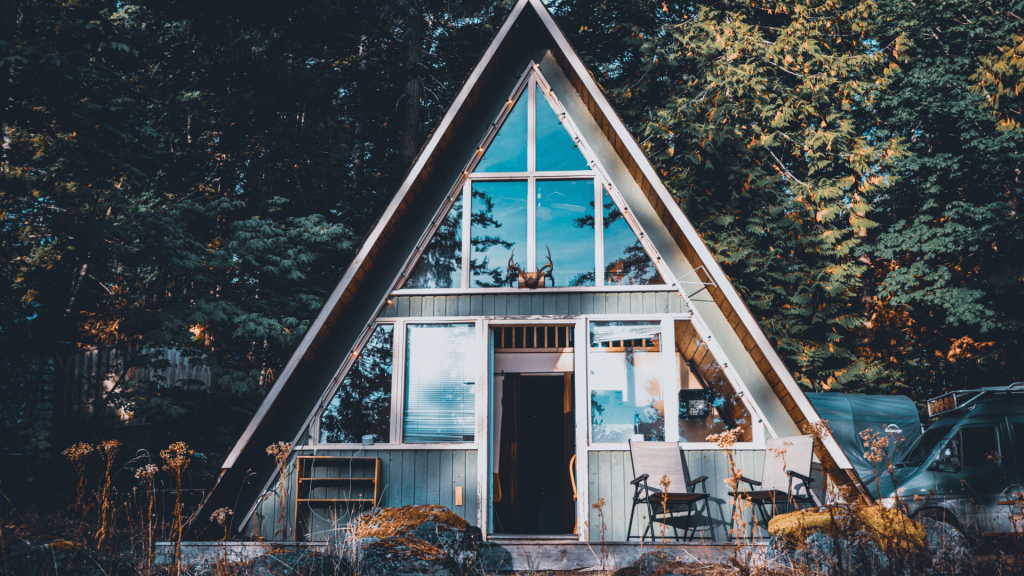 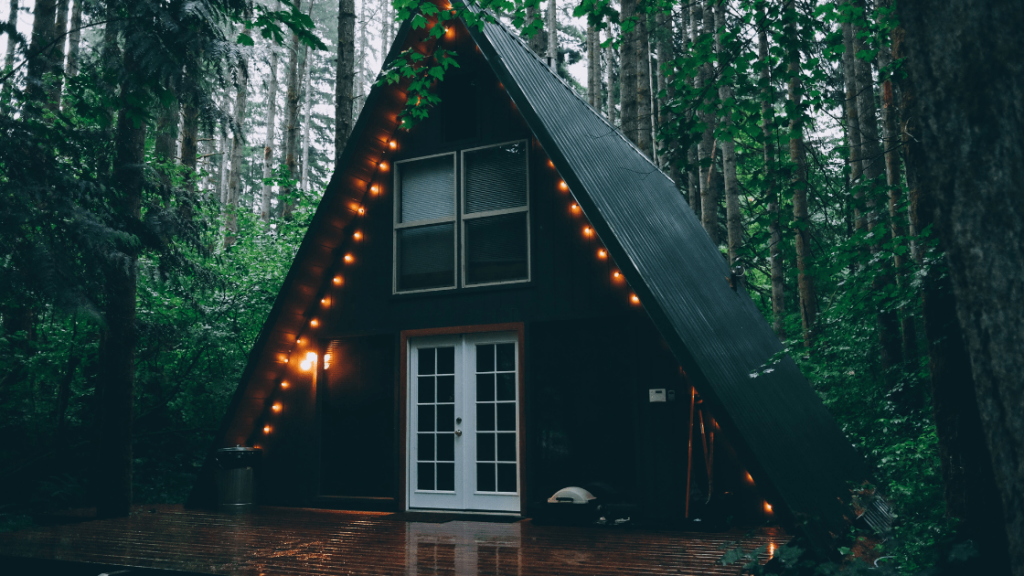 Have you dreamed of renting an A-Frame cabin in Vermont? We have the ultimate list for you! A-Frame homes are super unique and make for… 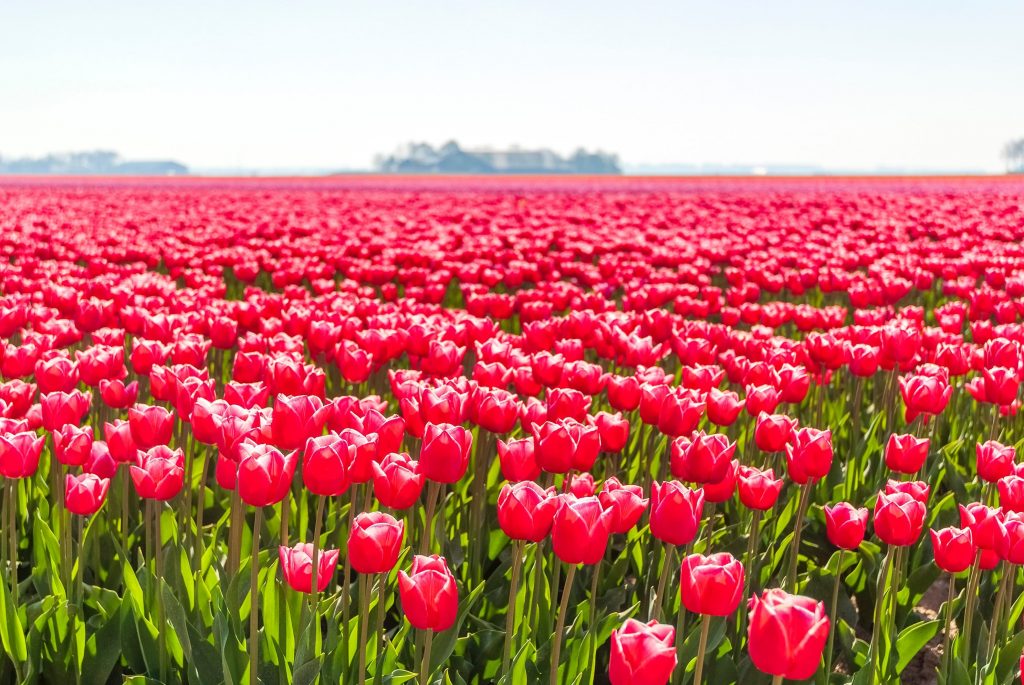